The Cilento and Marina di Ascea

Relax in a land of sea, mountain and archaeology.

Discover Cilento: between myth and nature

Iscairia is five-minute drive from the centre of Marina di Ascea -a perfect location to reach the principal sights and attractions of the World Heritage listed Cilentan National Park. The second largest Park in Italy (180.000 hectares),the CNP is rich in changing landscapes, from the Pisciottana cultivar olive groves to the chestnut and beech forests of the Alburni and Cervati massifs. Its coast offers important public beaches at Ascea, Acciaroli, Castellabate, Punta Licosa, Agropoli, reefs, corals and marine grottoes at Capo Palinuro and Camerota.

We are in a fabulous area of fascinating archaeological visitor attractions: just opposite Iscairia is Velia with its excellent museum and walkable site (birthplace of Parmenides’ Eleatic Phylisophy School). A few kilometres north are the world-renowned Temples of Paestum. The interior too offers unspoilt delights- old rural hamlets and medieval villages, noble palaces, castles and looming watchtowers.

We are always happy to recommend to our guests some of the very best places to visit here in the Cilento be they natural, historical or spectacular panoramas. Marina di Ascea itself offers excellent public beaches, private beach clubs and clean, unpolluted Blue Flag Awarded bathing.

The ancient city Helea is rightly famous as the birthplace of the Eleatic School of Philosophy. In March 1965 Porta Rosa was discovered, the only arch of its kind in Greek architecture. The Angevin Tower, emblem of Ascea, dates back to the 13C and was built on the foundations of the Temple of Athena. It dramatically overlooks the ancient acropolis from on high, dominating the entire bay.

The bay of Ascea encompasses a long elliptical coast offering a wide variety of leisure opportunities. Many kilometres of excellent free beach and beach clubs alternate with overhanging cliffs and reefs, perfect for exploration, diving and boat trips. There are wide variety of coastal villages to discover in the vicinity: Marina di Ascea, Casalvelino, Pioppi (with Palazzo Vinciprova), Acciaroli and the wonderful coast towards Castellabate and Agropoli- each with their own distinctive flavour and identity. 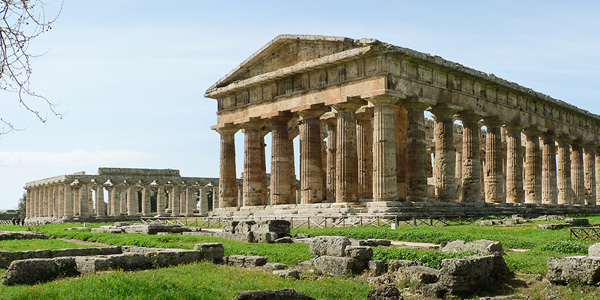 Paestum was an ancient city of Magna Graecia, named Poseidonia in 7th century BC, and its incredibly preserved temples convey all the majesty of its past. Whilst its three Temples being some of the best preserved Greek temples in existence, are impressive enough, the museum too is of great archaeological interest and renown, the fresco “The Tomb of the Diver” being especially famous.

The promontory of Capo Palinuro is famous for its many grottos-“ Azzurra”, “del Sangue”, “delle Ciavule” all of which can be visited by boat, and its hidden beaches “Buondormire” and “della Marinella”. In addition it’s worth visiting “L’Arco Naturale”, the most spectacular natural rock arch of this coast. Marina di Camerota is also a favourite destination of the Cilento coast, due to its splendid beaches and bays (porto degli Infreschi, baia Cala Bianca, Cala Monte di Luna).

Certosa di Padula (or Certosa di San Lorenzo) is the largest monastery in Italy and the second largest in Europe. It was awarded World Heritage Site status in 1998. The monastery boasts the biggest cloister in the world, covering 12.000 m² and surrounded by 84 columns. A spiral staircase of marble leads to the monastery’s library. The principal part of the charterhouse, in Baroque style, is 51.500 m² large with 320 rooms. 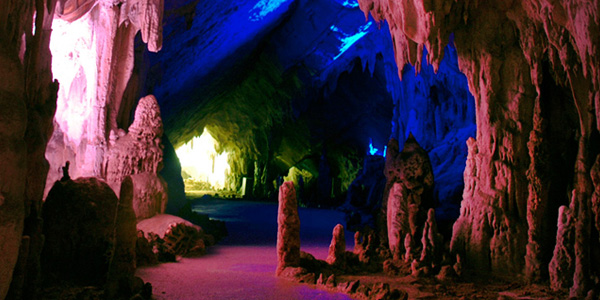 Open to tourists since 1932, the caves attract more than 100.000 visitors per year. The first section is tackled by a boat towed with a steel wire cable leading to the pathway. The prehistoric caverns, dating back 35 million years, are used to stage a spectacular play inspired by Dante’s “L’Inferno”- the caves (also Grotte dell’Angelo) navigated via by the underground river Negro that to reach the lake and waterfall where the journey through Hell’s circles begins.

Your tour guide online on VisitCilento.com 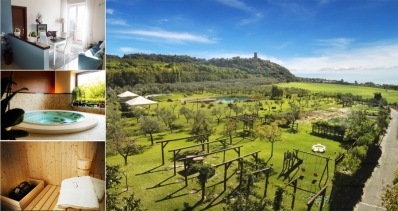 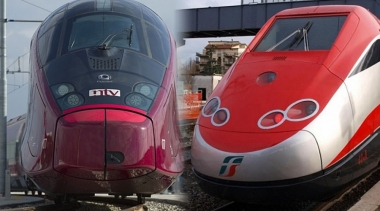 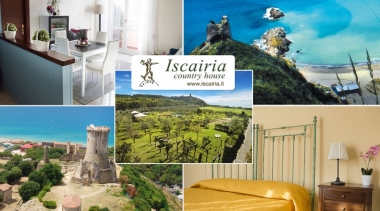